3 Lessons Baseball Can Teach You about Project Controls

Last week, I had the pleasure of attending and exhibiting at the first-ever Project Controls Expo in the United States. While I was sitting in the expo area at the Washington Nationals Stadium, on a stage amongst a panel of esteemed industry professionals, I was asked what I thought was the definition of project controls. I responded, in the broadest terms, that project controls are “the data gathering, management, and analysis used to positively influence the success of a construction project as it relates to cost, schedule, and quality.”

This is what I believe and I am now sitting in a front-row seat watching how data is changing the landscape of the construction industry for the better via stronger, more automated project controls processes geared towards leveraging good data to influence project outcomes.

As a result, the Expo has inspired me in more ways than one. First, I may need to spend a little more time at batting practice. Second, there are more parallels between baseball and construction project controls than you might think…

How Data Led to Moneyball:

The film is based on Michael Lewis’s 2003 book Moneyball: The Art of Winning an Unfair Game. It follows the Oakland A’s general manager Billy Beane who used data analytics–specifically Sabermetrics–to transform one of the most underfunded teams in the MLB into a competitive powerhouse.

According to Brittanica, Sabermetrics was first coined by Bill James, a baseball historian & statistician, in 1980 to refer to the “mathematical and statistical analysis of baseball records.” It works by evaluating player performance based on objective statistical measurements rather than well-established statistics such as Runs-Batted-In (RBI).

Using James’s method, Beane was able to lead the A’s to win the AL West title. The A’s finished the season with 103 wins, breaking the American League’s record with 20 wins in a row. I believe a similar method is doing the same within construction. After all, automating data analytics through project controls specifically for the construction industry is what I have spent the majority of my career working on, which leads me to the first lesson I learned from this story.

“I think (the data) gives you a sense of context and a sense of where this belongs in history and I think that adds a story to tell. It doesn’t detract. It’s part of the whole story.” - Baseball Analytics Writer Eno Sarris

Just as Eno Sarris points out, data tells a story in Moneyball. But, how can data tell you a story about building something, you may ask? Well, let me tell you. It’s told through the schedule.

Most construction projects these days require that a schedule be created and updated regularly throughout the project. Traditionally, project analysis has been calculated by analyzing cost, a lagging indicator that is broken into typically siloed cost codes. Making the switch to analyzing schedule data instead opens up a whole new world of opportunities for project analysis.

So, why is schedule data better than cost data? Because the construction schedule is the only data set that connects all parts, pieces, and responsibilities of a construction project into one systematic whole. It continuously highlights the logical connection of all activities, in one place, from notice-to-proceed (NTP) to project completion.

Furthermore, schedule data shows how all parts and pieces are interrelated to transform a pile of dirt into a state-of-the-art project deliverable. This, in turn, enables one to see how cost escalations are related to specific events across all cost silos.  In other words, schedule data shows the why and the how of overruns and delays, instead of just the result represented in terms of cost. So, just as data gave rise to one of the best stories of all time about baseball, construction schedule data tells you everything you need to know about what is really going on at your construction site.

Lesson #2: The Importance of Historical Data

“What we assume that teams should know, but never seem to get, is that you’re paying for the future, not the past… The data available today has made it better and easier to forecast the future.” –Abraham (Adi) Wyner

Abraham (Adi) Wyner, Whorton statistics professor and host of the Wharton Moneyball program, speaks about data analytics in baseball and I believe his view showcases exactly how it should be viewed in construction as well.

Before Sabermetrics and the rise of data analytics in baseball, teams would sign long-term contracts for players who had “good statistics” but this method was not an accurate measure of how a player actually performed. Using the Moneyball theory, Beane decided a more accurate measure of performance would be looking at a player’s slugging percentage and on-base percentage.

In doing so, Beane was able to predict future performance using accurate historical data. Sound similar? Well, if you are familiar with schedule forecasting, it might. Schedule forecasting is a project control that uses historical performance data to predict future project conditions. By analyzing and/or adjusting the schedule based on historical performance, project teams are able to get better, more accurate metrics for project delivery. This allows them to react to what challenges lie ahead, before they happen, based on what they have learned to date, in real-time. The result? Data-driven decision-making that elevates organizational performance overall.

Lesson #3: Having Analytics in Your DNA

In order for the 2002 Oakland A’s to go from being one of the most underdog teams in the MLB to winning their division, they had to make analytics a part of their DNA. And, as Forbes argues, it is not the data that made Beane so successful. Rather, it was the courage he had to use what the data told him to drive the way he led the team to victory.

As challenging or intimidating as large amounts of data and KPIs may seem, gaining an understanding of accurate metrics for performance is critical for success–not only in baseball. In fact, automated project controls take all of the hassles out of drilling down into thousands of data points, making analytics easily available to construction teams.

The only way to see the forest through the trees on a construction project is through data. History repeats itself and every project should be understood thoroughly from as much data as is obtainable. By seeing what impacts your work the most–and responding in ways geared to improve in those places–construction companies can also continuously improve their overall organization. And, you simply can’t get there without the data that tells you all you need to know–the schedule data. 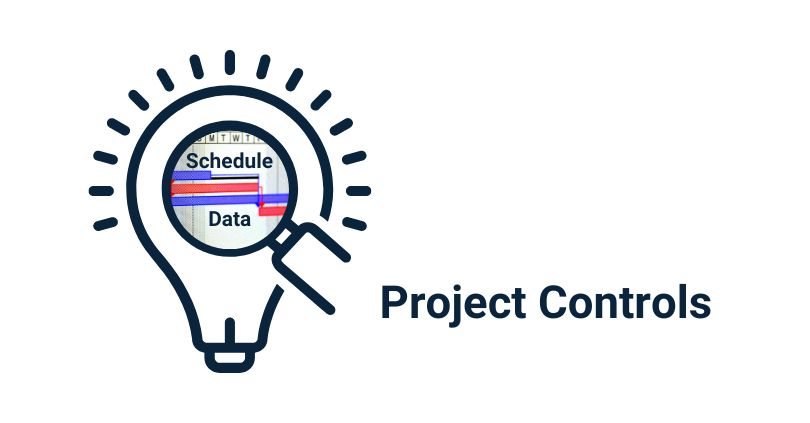 If you’re interested in learning about how project controls and schedule analytics can transform your business, fill out the form below and one of our esteemed teams of professionals would be happy to show you the road to victory.

Mike Pink is the CEO of SmartPM. With over 20 years of construction analytics experience, his passion lies in transforming the industry through data.